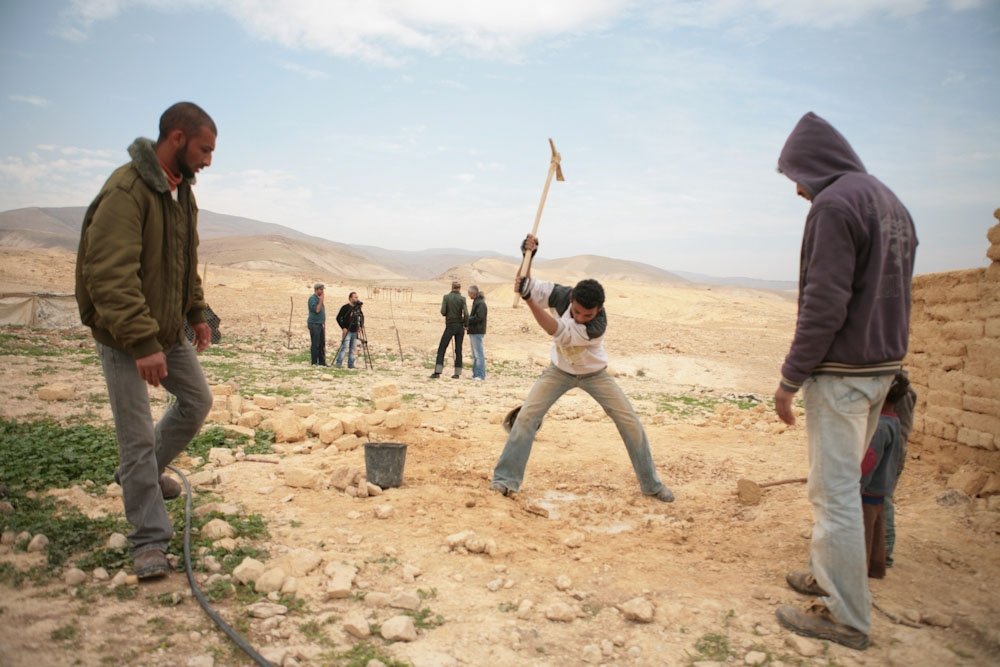 27 Jul Life in the Jordan Valley

Posted at 22:30h in Other Stories by Alex Green

Hugging the West Bank of the Jordan River from which most of the Occupied Palestinian Territories derive their name, the Jordan Valley represents a little-reported but highly active site of conflict within the region.

Convoys of armoured vehicles and bulldozers move around the valley, razing homes and other structures built in defiance of the Israeli Authority’s almost blanket refusal to grant Palestinian building permits. Smart Israeli settlements, their banks of solar panels glistening in the sun, stand a matter of metres from Palestinian communities suffering denial of basic infrastructure like running water. It is an area in which the effects of the Israeli occupation of the Palestinian Territories are brought into stark relief.

For the Israeli Authority, the Jordan Valley represents a crucial strategic, military and economic interest. A relatively young and uneasy peace treaty with Jordan has rendered the area of key strategic importance, while vast swathes of the valley’s rolling hills are frequently used for military exercises. Since the start of the occupation in 1967, the area’s rich farmland has led to the enthusiastic establishment of Israeli residential and agricultural colonies. Settler agriculture, supported by generous Israeli government subsidy and bolstered by a continuous supply of low-paid Palestinian labour has led to a flourishing Israeli agricultural sector in the region.

For the Palestinians, 46 years of military occupation in the valley have taken their toll. A population of 320,000 in 1967 has plummeted to one of around 56,000. A lack of work, harassment by army and settlers, restrictions on movement, denial of access to water and the Israeli Authority’s draconian planning laws have forced many to abandon their land and traditional ways of life and move to nearby cities. The Jordan Valley is one of many places around the world; one where the real effects of political wrangling and foot-dragging, of rampant militarism, and of the power of finance are played out. Not in plush offices or press conferences, but in goat pastures and the ruins of destroyed homes.