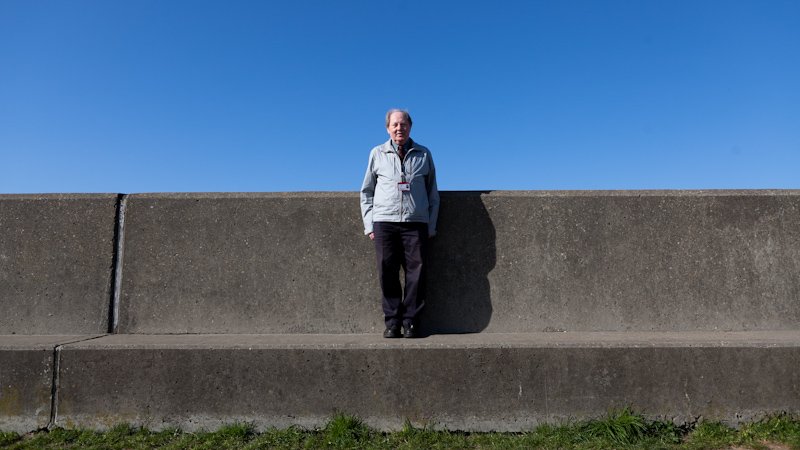 Posted at 14:45h in Other Stories by Lewis Bush

‘From The Sea by the Grace of God’ – Canvey Island motto

This project explores the relationship between Canvey Island, Essex and the sea through interviews with five local people (see video below).

Canvey is an island in the Thames estuary with a unique relationship with the sea. It was reclaimed from the estuary in the seventeenth century by dutch engineers, and as a result much of the island lies below sea level. In the late nineteenth century Canvey became a popular holiday destination for people from the east end of London, which was a short train journey away. Even today it retains a distinctly east London character.

In 1953 a freak storm surge broke through the sea defences and flooded the island, drowning many in the aftermath of the flood a seawall was constructed that while offering far greater protection than the original one, effectively left Canvey a seaside town without a beach. This and the emergence of cheap foreign travel put an end to Canvey as a major holiday destination. Still people continue to move to the island, to escape the urban sprawl of the east end of London, to reunite with friends and relatives who have already made the move, and to enjoy the sun and sand in ‘England’s Lourdes’.’